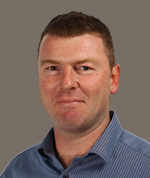 Vittorio has wide ranging experience in high value commercial disputes as well as the drafting and vetting of commercial agreements and other legal documents. He is dual qualified and has acted in a number of disputes involving cross-border litigation. Having litigated both in South Africa and in England, Vittorio has built up personal contacts with a number of law practices and related service providers all over the world. He has particular expertise in proceedings involving breach of contract, delict, misrepresentation, professional negligence and insolvency.

Vittorio obtained a B.Com degree from the Rand Afrikaans University (now the University of Johannesburg), followed by an LLB from the University of South Africa. He was admitted as an attorney of the High Court of South Africa in 2004 and was a partner in a Johannesburg law firm until his move to England in late 2008. He qualified as a solicitor in England and Wales in 2008 and joined the litigation team of a boutique West End commercial firm in London, where he remained for three years. He spent his last five months with a highly regarded specialist litigation firm in London before his return to South Africa in 2012. Vittorio established Greeff Attorneys in 2013.

Advising a company shareholder in a damages claim resulting from an auctioned sale of a commercial property for R50 million. The client disputed the legality of the sale based on a lack of authority to sell. (South Africa)

Acting against a major bank in a successful appeal to rescind a judgement obtained against the Appellant. (South Africa)

Acting for a company director against a major bank for breach of its duty of care as a result of the bank’s failure to renew or reinstate a directors and officers insurance policy held with previous brokers, despite being instructed by the company. The matter settled, but it was held in an unsuccessful strike out application by the bank that it was arguable that a broker could be liable in tort (delict) to a non-instructing party. (England)

Acting for a company and settling a claim against a major bank for withholding payments from its account and setting off the sums against the debt of another company. The bank alleged that the companies were both parties to a group facility agreement. (England)

Advising a company director and negotiating a settlement in a dispute due to a breach of trust between the directors, as a result of potential fraudulent financial transactions and circumvention by the other director. (South Africa)

Acting in a £5 million claim against various defendants for breach of undertaking and dishonest assistance in the interference with trust money, in which summary judgments, freezing orders and orders for the provision of information were successfully obtained. (England)

Acting in a $6 million claim for breach of contract against an individual domiciled in South Africa and companies incorporated in Barbados, Belize and the British Virgin Islands. The said funds were paid by the client to facilitate a bridge finance loan of $200 million, to be utilised for projects governed by a proposed joint venture agreement. Apart from the claim in England, a sequestration application was issued in South Africa. (England)

Negotiating and drafting a settlement order in favour of the client Respondents, following an opposed urgent application resulting from a dispute between members of a successful franchised restaurant. The order incorporated, amongst other things, the granting of sole management to the clients, non-interference by the Applicants, valuation of the business and the subsequent parting of the parties by way of buying out the Applicants’ membership interest. (South Africa)

Acting for a large franchisor in claims totalling R5 million against a number of its franchisees for breach of their Franchise Agreements. (South Africa)

Acting for liquidators in a dispute with a trustee relating to the ownership of assets. (England)

Advising a national firm of insolvency practitioners in relation to applications for search and seizure of assets. (England)

Advising a liquidator in relation to a claim for preferences, wrongful trading and transactions defrauding creditors. (England)

Acting for an engineering company in a claim for breach of contract against a manufacturer of industrial fat removal units which did not meet the required specifications. (England)

Acting for an asset management company in a claim for unlawful possession of its equipment. An interim injunction (interdict) to preserve the equipment was successfully obtained prior to reaching settlement by way of a Tomlin order (consent order). (England)

Acting for a finance company for breach of contract of its Lease Rental Agreements. (England)

Acting for an electrical wholesale company in debt collection disputes as well as disputes for breach of contract of its Credit Facility Agreements. (South Africa)

Acting for an investor in a claim for fraudulent and negligent misrepresentation against three company directors, following the loss of his investment in a company trading in audio visual equipment. (England)